Running Jenkins CI agents as containers is a nice thing. However it can be a hassle if you want to build a container inside the containerized docker agent. Using the standard Jenkins agent container will result in an error telling you that the Docker binary is not found.

But the Jenkins JNLP agent Docker container does! 😀

Unfortunately the image is missing any description and finding any documentation is hard. You can neither view the Dockerfile nor is the source linked. But in the GitHub repository for the JNLP Agents is a subdirectory called docker in which you can find this Dockerfile. This seems to be the source for the linked image. One can see that the Docker binary is getting installed on build time.

In order to use the agent go to your Jenkins server settings and click on Manage Nodes and Clouds → Configure Clouds. 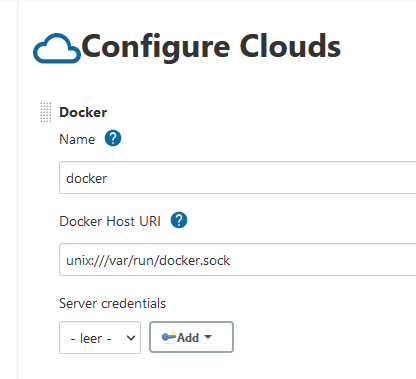 Then open the Docker Agent templates section.
Change the Docker Image to: jenkins/jnlp-agent-docker 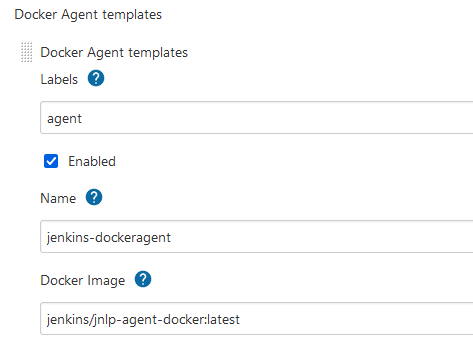 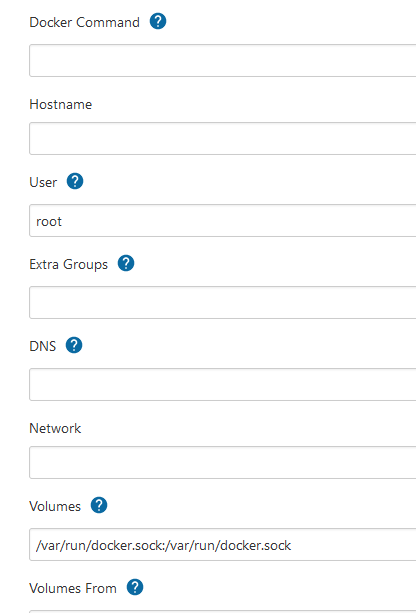